Please wait while we process your request

Transforming the cancer experience through community and connection

We Believe Community is Stronger than Cancer

MyLifeLine exists to easily connect cancer patients and caregivers with friends and family in order to reduce stress, anxiety and isolation.

By creating your own private website, our goal is to help you find hope, regain control, document your journey, and receive social, emotional, and practical support from friends and family throughout the treatment process and beyond.

On MyLifeLine discussion boards, you can connect with others like you. Share your unique cancer experiences and offer insights, coping strategies and inspiration. Covering a wide range of topics, our discussion boards are moderated by licensed mental health professionals and are available 24/7. Amber shares how her private support website and blog keeps her connected to friends and family. MyLifeLine’s cancer-specific discussion boards provide Amber with a safe place to talk about cancer and find online support.

Find support and hope, exchange ideas and stories when you join our discussion boards and meet others like you.

Connect through your private community website and use the interactive blog to document your cancer journey.

Assign Care Coordinators to help manage your site and use the helping calendar to ask your guests for assistance.

Discover all the tools you need to receive emotional support and strength. Your Dashboard will be your hub of activity across MyLifeLine so you can transform your cancer experience easily through community and connection. You can create a personal site, join a discussion board, or find helpful resources like your local Cancer Support Community locations and news, healthy recipes during and post cancer treatment, and quick access to Cancer Support Community’s free cancer helpline. 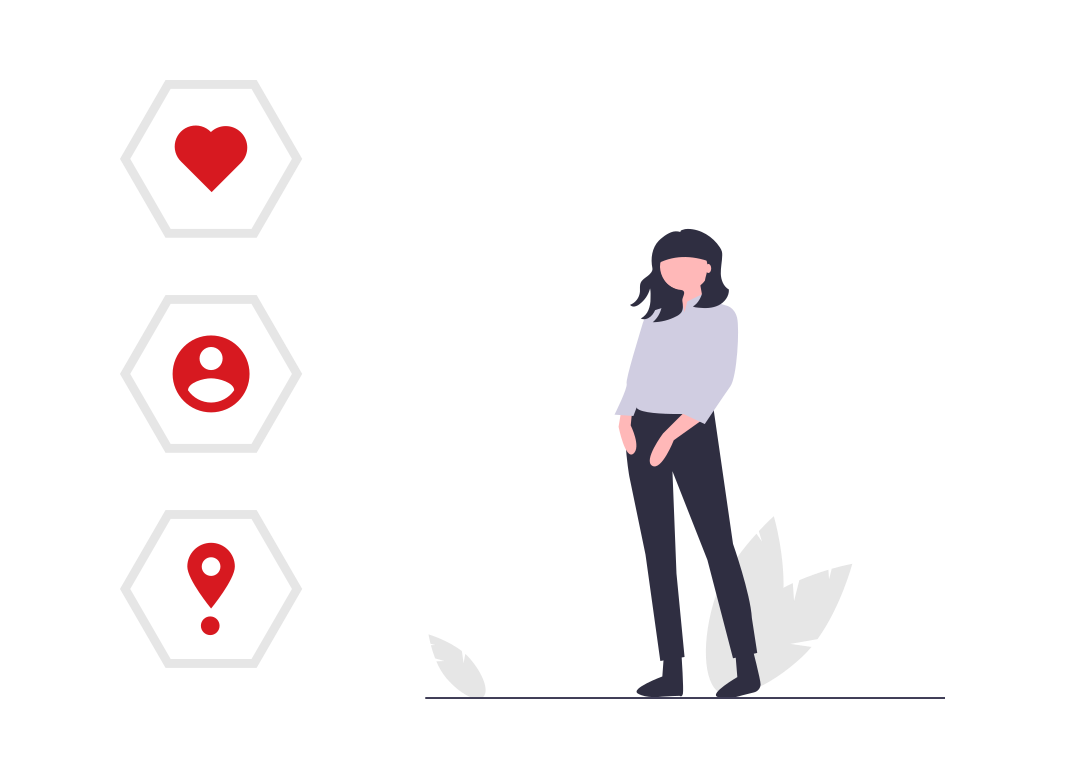 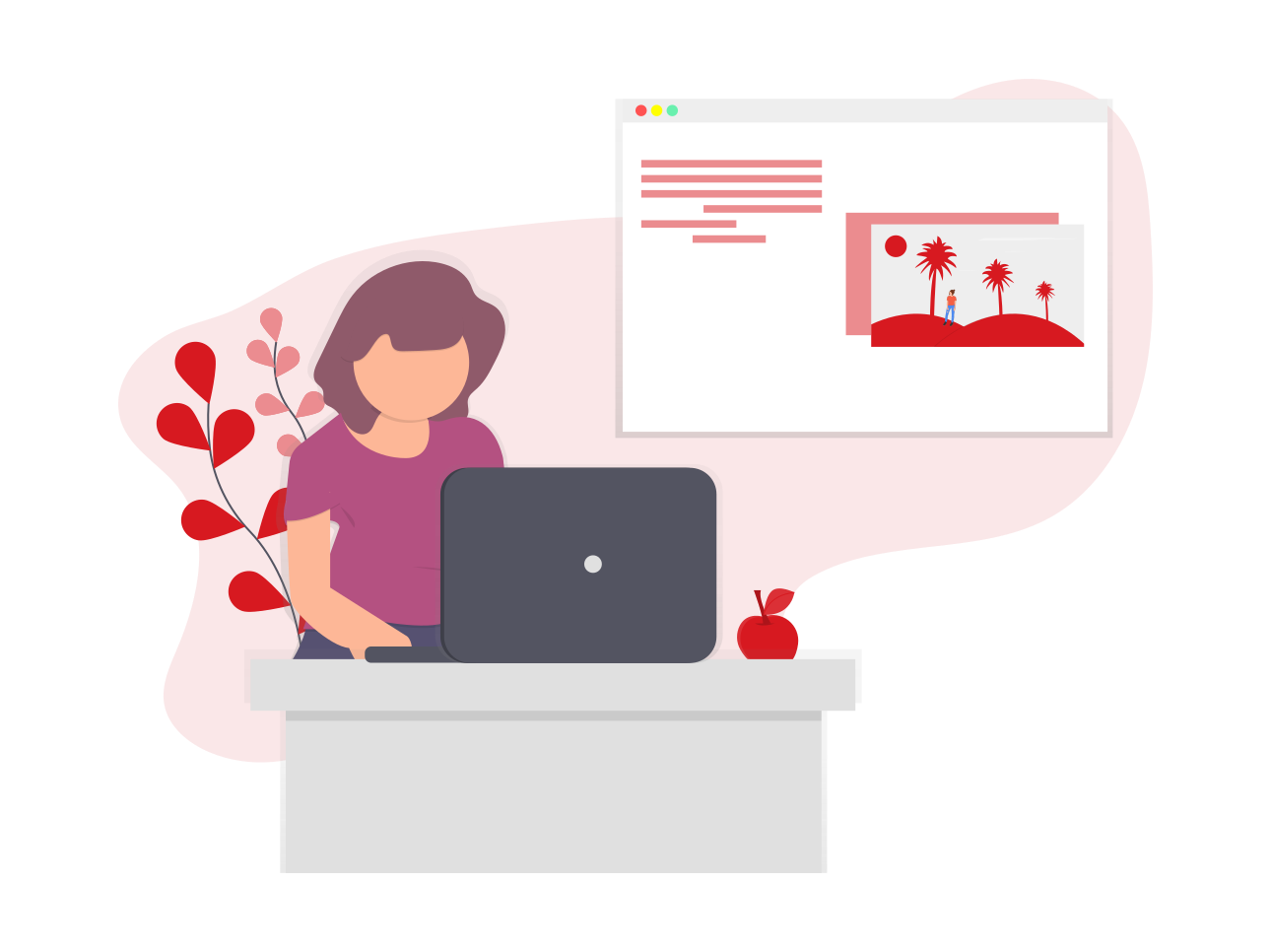 Keep everyone up to date from one place. To make things easy for you, use this tool to document your cancer journey and inform your guests of your diagnosis, updates on treatment, and your recovery, without having to reach out to them individually. You can share photos or videos with your friends and family, and they can respond directly to your updates with encouraging messages, stories and photos to give you strength, love, and the kind of cancer support you need.

Your family and friends want to help. At some point throughout your cancer journey, you are likely going to need help. Make it easy for yourself by organizing your doctor appointments, meals, anniversaries, rides, childcare, and other events on this calendar. You family and friends will be notified when events are added and can volunteer to help with logistical support through the platform without you having to personally pick up the phone and ask. You can even have your care coordinator manage your calendar and the offers from your friends & family to help. 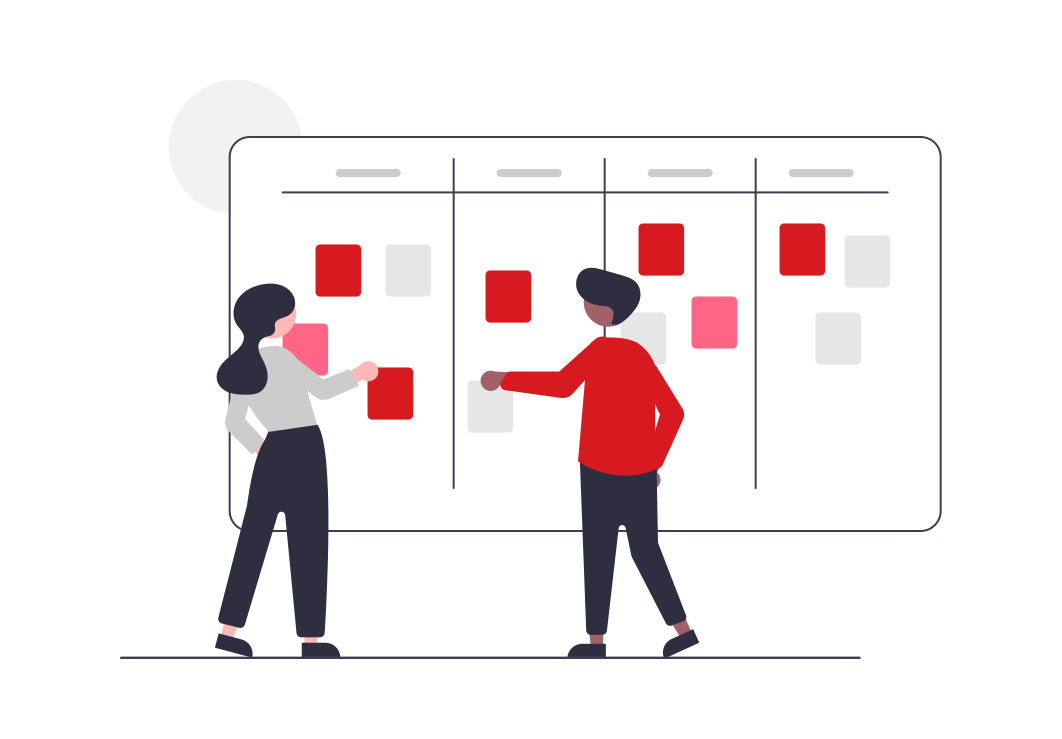 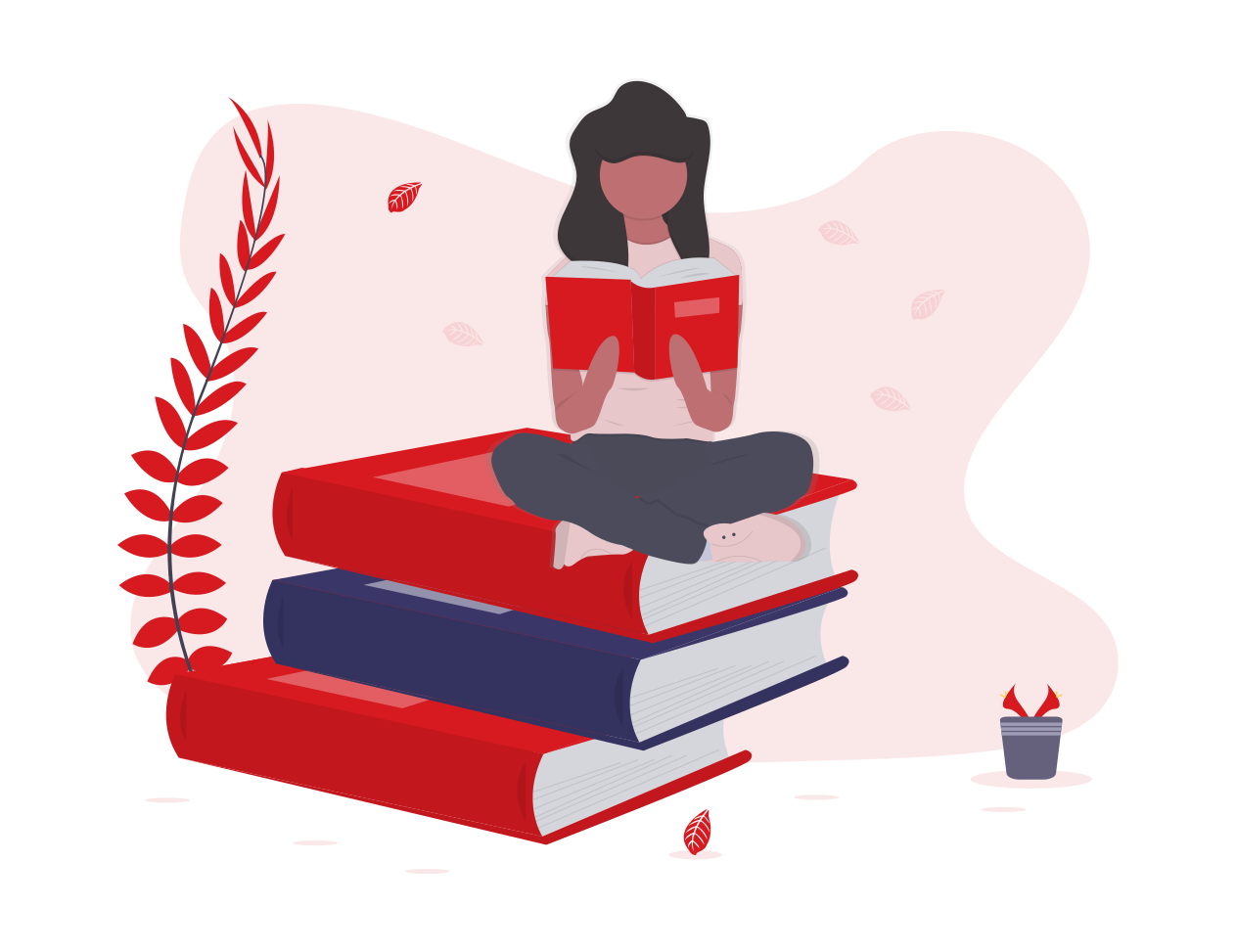 Connect to others like you. Join our online support community to share your unique experiences throughout your cancer journey to minimize isolation and promote connection to others who are experiencing what you are. Find boards and topics that resonate with you: 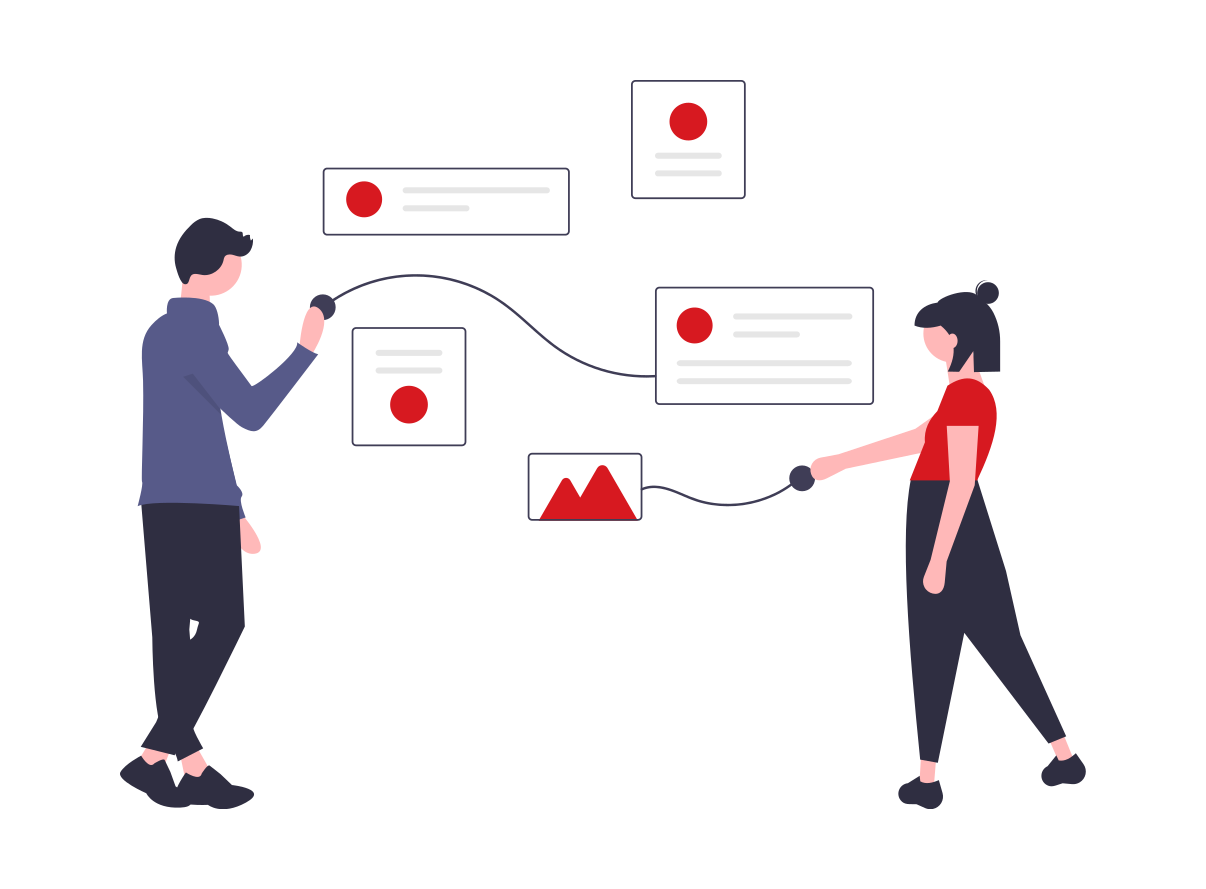 Did you know that April is Esophageal Cancer Awareness Month? The American Cancer Society estimates that more than 19,000 esophageal cancer ca... 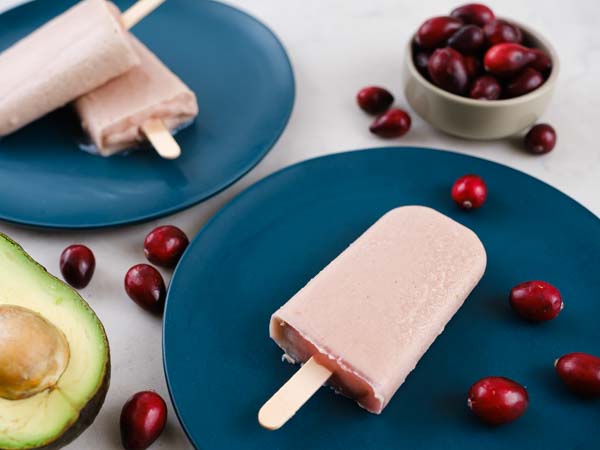 What is better for a dry mouth than a cool, soothing popsicle? Unlike typical frozen treats, this cranberry coconut popsicle provides fiber, health...

Voices of Our Members Paige had no idea that losing her ability to speak would give her words so much more power. On the day she was diagnosed, Paige heard only some of what she was told. “I recall a few basic things the doctor said to me that day: ‘You have tongue cancer, half of your tongue will be removed, part of your arm will be harvested to make a new tongue, they will take a skin graft from your leg, you will have a neck dissection, tracheotomy, and a feeding tube.’ I am quite certain she said many other words of comfort and did not rattle those things off, but that is all I recall hearing, and I was devastated.”

The spot on her tongue that had been bothering her had already been dismissed as nothing by doctors, but once it started affecting her speech she sought another opinion. Speech had become painful, and despite being an otherwise-healthy, 35-year-old, single mother of three, Paige knew something was wrong. On March 28, 2012, Paige Lewis was diagnosed with Squamous Cell Carcinoma of the tongue.

How would she tell her children? Her family? Her friends? Not figuratively—not what words would she choose—how, literally, would she communicate without the voice she had always taken for granted?

Facing months of silence due to invasive treatments, Paige turned to writing. She explained, “I have always been able to express myself best in written words, so I just started to write about all that was going on. I realized I had to tell my friends and family about this diagnosis and I simply could not tell everyone one by one.”

She reflected, “My site was the only way to express myself and work through all of my emotions. I think that is why it is filled with such raw emotion and why people were drawn to it.”

Throughout her journey, Paige had loving caregivers assisting her and her MyLifeLine site was helpful to them as well. One of Paige’s caregivers said, “Not only did her blog help me stay abreast of what was going on with her cancer, Paige included what was going on in her mind. I was able to mourn the sad news away from her to then be strong in her presence.”

“MyLifeLine was a lifeline for me during my journey; it was my connection to the world, my connection to my own self, and a place where I could be encouraged by others. I am still using the site and will always want it and continue to share my story. Every time someone asks me about my scars I tell them a brief version of events and I hand them the web address for my site on MyLifeLine,” Paige said. The whole process of learning that people were there for me when I was at my most vulnerable was surprising.

Veronica’s doctor found a small lump during an annual physical and assured her it was probably nothing to worry about She was told to have an ultrasound and biopsy done though, just to be certain.

“I was a little alarmed but I just didn’t think cancer fit me,” Veronica recalled. “It was hard to process. I was dumbfounded that cancer could happen to me.”

On the way home from learning of her breast cancer diagnosis, Veronica passed a church sign that read, “Do not fear for I am with you.” She relied on her faith to bring her strength and comfort during her cancer journey.

“Even though I was prepared spiritually for a challenge like this and I was trusting God through the whole thing, I had to come to terms with what I was facing,” Veronica reflected. “You have to realize that this could be the end. This could be a death sentence and I had to be willing to take that if that’s where God wanted me to go.”

Veronica’s treatment began with a mastectomy and reconstruction. Her oncologist didn’t recommend chemotherapy or radiation treatment so Veronica eventually ended up taking supplements designed from her bloodwork instead.

“My body has always been sensitive. I was terrified that if I got chemo or radiation it would kill me when tiny tumor wasn’t a big deal,” she remembered. “I went with the supplements for a year and I’ve been fine ever since.”

Writing was an important outlet for Veronica during her cancer journey and continues to be today. She started blogging on her MyLifeLine site and found the responses to be so positive that she was inspired to write a book about her experience.

“I learned that I do not have to perform to be loved,” Veronica reflected. “My family and friends were so attentive and concerned and so kind during that time. The whole process of learning that people were there for me when I was at my most vulnerable was surprising.”

Veronica’s book is titled It’s Okay To Be Me: A Journey to God’s Heart by Way of Cancer. I was overwhelmed with the amount of support I received during my cancer experience. The feedback from friends was encouraging.

Patricia wasn’t alarmed after she was asked to have a follow-up mammogram. She’d eventually have to undergo an ultrasound and needle biopsy, both of which she’d previously completed with normal results.

It wasn’t until Patricia was introduced to a nurse navigator when she realized her medical team thought she had cancer.

“I could’ve been knocked down with a feather,” Patricia remembered upon learning her diagnosis. “I never, ever contemplated having cancer.”

The tumor was small but somewhat aggressive, but her medical team told her that chemotherapy was a choice. She had to quickly make decisions on whether to have a lumpectomy or full mastectomy and what treatment plan she wanted to pursue for her Stage 1, Grade 2 breast cancer diagnosis.

Patricia quickly gathered information from a variety of people to make decisions for her treatment. She met with a surgeon, collected advice from other breast cancer survivors and researched online to assist her with the decision-making process.

“I was totally overwhelmed by how much I had to learn,” Patricia recalled. “It’s almost like getting a Ph.D in breast cancer.”

She ultimately decided to have a lumpectomy, intraoperative radiation and chemotherapy. Patricia was so terrified for her first treatment that she didn’t even want to go in the door. She knew she had to conquer her fear and although the chemotherapy was hard on her body, it wasn’t as bad as she thought it might be.

“I’m pretty stubborn. I’d say ‘I can’t do this anymore’ but I knew I had to,” Patricia reflected.

The number of people who said nothing about her cancer surprised Patricia. She understood that people often don’t know what to say so they say nothing at all, but now that she’s experienced cancer she has a better idea of what to say to someone facing a cancer diagnosis.

“Even a hug is better than nothing,” Patricia advised. “Just acknowledge that you care and that you’re there to listen if they need someone to talk to.”

She also remembered being overwhelmed with the amount of support she received through her MyLifeLine site during her cancer experience.

“I really explored how I was feeling by writing. It was therapeutic. The feedback from friends was encouraging,” she reflected.

In light of the worldwide efforts to limit the spread of COVID-19, it’s normal to experience feelings of isolation. MyLifeLine.org was created to connect cancer patients and caregivers to their family, friends, and others like them for social and emotional support. Today, more than ever, we recognize how important community can be. We are here for you. Join us here or call our helpline: 888-793-9355.

Your search did not yield any results. Try another keyword to search by.

Your session has expired. Please login again to resume.

No new updates to report.

Please enter in your account's email address and we will send you a confirmation email. You will then be able to create a new password.